Barrackpore in West Bengal is at a distance of 23 kms from Kolkata. Barrackpore is amongst the most prominent sightseeing destination in the North 24 Parganas of West Bengal. Spread over 25km2, the city has seen significant phases of Indian history. There are many places of hoistorical significance in Barrackpore which still bears the marks of thrilling historical outbreak of 1857, also known as first war of Indian independence. 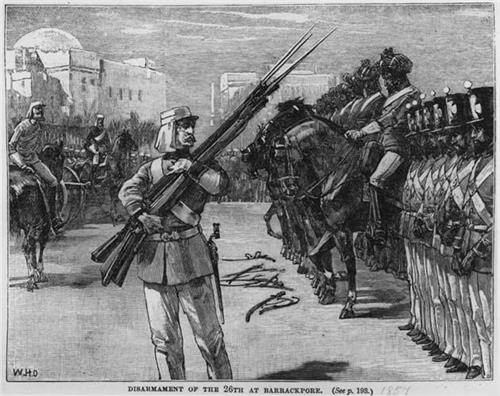 Disarmament of the 26th Indian regiment at Barrackpore

The name Barrackpore finds its origin from the English word barracks. British East India Company made Barrackpore as their first major military base. Earlier, Barrackpore was known as Chanak, which find this name mentioned in Manasa Mangal. Another theory claims Barrackpore was a major collection centre of "khajna" - Taxes during the reign of Mughal Emperor Aurangzeb, and thus this place was named as Barbakpur. However when British took over, they wrongly pronounced Barbakpur as Barrackpore and thus the name changed to Barrackpore.

Barrackpore region were mentioned in the writings of the Greek geographers, navigators, historians and chronicles of the 1st century BC to the 3rd century A.D. These authors generally referred to the this region by the name Gangaridae, Gandaritai, Gangaridai etc.Chanak and the other towns in the region became populous river towns by the 15th and 16th century. W.W. Hunter in The Statistical Account of Bengal,1857 mentions the towns on the banks of the Hooghly river as chief marketing and trading centres. During the Mughal rule in this region, Bengal was divided into Circars, or administrative subunits. Each of this circars was ruled over by a Mahal. The Ain-e-Akbari written during Akbar regime mentions the name "Barbuckpur"associated with a Mahal. From the 17th centure A.D., the area was ruled over by Zamindars belonging to the Nona Chandanpukur, Barrackpore.

In 1772, the first British cantonment or Barrack was built here. Barrackpore is well laid out Cantonment located on the banks of river Hooghly and is about 22 Kms north of Kolkata. It is the oldest cantonment not only in the country, but the Sub continent. The military station of Barrackpore was established in 1765 and 20th October, 1774 was the day when Warren Hastings took over as the first Governor General. Its proximity to Kolkata, the then capital of British India led to a gradual increase in the importance of Barrackore. It enjoyed being the symbolic seat of military power until 23 November 1910 after which the capital was shifted from Calcutta to New Delhi. Lord Wellesly who became the 'Captain General and Commanding in Chief of all the forces of the Crown in the East Indies' initiated the beautification of Barrackpore and this place was immensely developed under him. 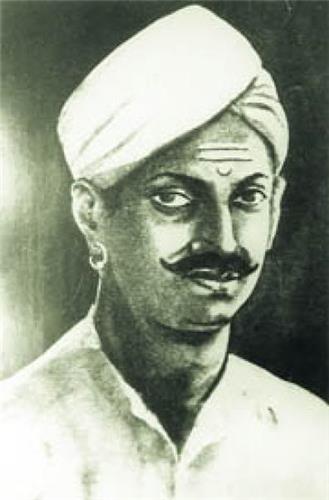 Barrackpore was made similar to an English country house however, it still had all the magic of India. There are two major events that makes it to the modern history of Barrackpore. The first event was the Sepoy Mutiny that occurred in 1824. This uprising of native Sepoys was done under the leadership of Binda Tiwary popularly known as Bindi Baba. The British ordered the Sepoy of 47 infantry to move to Chittagong and on to Rangoon. This led to a rebellion as they refused to board boats to cross Burma's polluted "dark waters" in the First Anglo-Burmese War. Crossing dark waters was considered a taboo in Indian culture.The 47 Native Infantry led by Sepoy Bindce Tiwary almost overtook Barrackpore was for 2 days after which the rebellion was crushed by the British with great force. All the rebels were brutally massacred.

The second event happens to be the first war of Indian independence that took place in 1857. The uprising was led by Mangal Pandey who first shot against British commader on 29 March 1857 at Barrackpore. The main reason behind the rebellion was introduction of a new cartridge which was greased with animal fat. This cartridge had to be removed with the mouth before its use which hurted their religious sentiments and thus the rebellion. He was immediately court martialed for his behaviour and the entire 34th Bengal Native Infantry was disbanded with disgrace.

The history of Barrackpore takes you back to India's freedom struggle from British. This sacrifice from the great soldiers are etched in the hearts of the people and it is for their effort that sparked everyone in the nation at that time to be valiant, courageous against the British.

Comments / Discussion Board - History of Barrackpore